Grado was our first Italian stop. We all love Italian food and so were very excited to visit Italy and eat! The northern Adriatic coastline of Italy is not known for having lots of sheltered bays so we expected this part of the trip to be hopping from marina to marina. The town of Grado was recommended to us by many people we spoke to in Slovenia who raved about the unique old harbor which is located right in the centre of the town. Another advantage of Grado for us was that it was a short sail from Slovenia. Around 3 hours. We thought that a quick trip was a good idea considering this was to be our first sail with everyone on board and given the issues we had with the propeller breaking (and the subsequent boat lift) on our earlier test cruise.

The appeal of Grado for sailors is that the harbor is in the centre of town. Usually when people tell you a harbor is in the middle of town, it means the high street is close to the harbor. In Grado’s case, the harbor is literally in the centre of town, surrounded on all sides by roads,  buildings, banks,  coffee shops and of course Gelateria. Because I didn’t really appreciate how unique the Grado harbor was until I saw it, and none of my pictures do it justice, I have stolen an image from Google maps (thanks Google!!) to show you exactly where we moored.

As we had expected, the forecast Bora wind blew for a few days after we arrived in Grado and so we ended up staying for 4 nights. It wasn’t the quietest spot to park your boat. The road was only 2 meters from our cockpit and many of our meals on board were interrupted by pedestrians wanting to know how an Australian registered boat ended up in Grado. To make up for the noise and lack of privacy, Grado had a sandy beach, great restaurants and amazing food shops all within a 2 minute walk which meant that the kids had a great time and we were able to provision Vesna very well, although all the food did not last long.

Our time in Grado was especially memorable because we celebrated Ivy’s birthday there. Our first “boat birthday”. All Ivy really wanted for her birthday was to swim at the beach all day. Since we’re on a sailboat in Adriatic during the summer this should have been simple. Sadly Ivy’s day started cold, rainy and grey. Because we were in a seasonal, seaside town, there was

virtually nothing to do. Ivy was morose. While walking along the waterfront trying to cheer Ivy up we came across a fountain and the kids threw in some coins to make a wish. Ivy wished for sunshine and sure enough her birthday wish was granted. After lunch the sun shone, the day warmed up and we had an amazing time on the beach. Birthday saved.

On our last night in Grado we had planned for an early night to get a good start on our sail towards Venice in the morning. However, little did we suspect that it was Grado’s Carnevale and Grado had decided to bring the party to us. The kids were ready for bed and the adults not far behind when the Grado Carnevale parade decided to pass right by our little home on the water. Instead of an early night it was three hours of music and partying as the parade passed by. It was such a fun thing to experience from the boat and I am still cleaning confetti off the boat nearly two weeks later.

The morning following the parade we had favourable winds so we said goodbye to Grado and set sail for Venice! 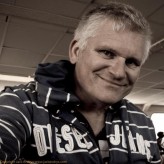