It is about a 9-12 hour sail to Venice from Grado. We decided to cover this distance over 2 days because it was important to arrive in Venice early to savour the experience of arriving in Venice by sailing past the Piazza San Marco in our own boat. This is something that Jack and I have dreamed of since we first thought about going sailing so this particular day was the most highly anticipated of our adventure so far.

After a one night stop in Caorle and an easy morning sail, we cruised into the Venice lagoon early in the afternoon under a beautiful azure sky which was quite a contrast to the drab grey green sea. In addition to being murky, the lagoon is actually quite massive and it took us over an hour of slow motoring past the Lido and the nearly complete MOSE sea wall before we reached the Piazza. This is easily one of the busiest waterways I have ever experienced; cruising craft of all sizes, many smaller working boats, the occasional high speed ferry and of course the regular water taxis, vaporreto and gondolas. Italians skipper their boats like they drive cars, so the standard rules of navigation are completely ignored if there is even a sliver of opportunity to squeeze a boat through an opening in traffic. Jack was kept busy avoiding other boats while the rest of us enjoyed the view. After an amazingly satisfying and beautiful sail (ok, we motored) past the Bridge of Sighs, Doge’s Palace and the Piazza San Marco, arguably one of the most famous vistas in the world, we turned around at the mouth of the Grand Canal to find our marina. The Marina Santelena is about 1.5 km east of the centre of Venice but it is still connected to the main island by bridges. The island of Sant Elena is predominantly residential so we had the advantage of a very quiet and protected harbor while having the busy Venetian heart a mere 20 minute walk away. Our days were filled with getting wonderfully lost exploring the picturesque streets, canals and markets. While so much of Venice around San Marco is touristy, there was still authentic to be found if you looked hard enough.

Venice in July has a bad reputation with many for being hot, smelly and crowded. Although it was hot while we were there, the density of the buildings means that the streets and canals are mostly shaded, keeping the temperature manageable. The fact that you are never more than 50 meters from a Gelateria helps with the heat too, although you won’t find more expensive ice-cream anywhere. Yes, some canals did smell and there was a truly ridiculous amount of people in San Marco in the middle of the day. But, Venice is still Venice and we all had an amazing time in this beautiful, historic, unique and storied city.

We said goodbye to Mum and Dad at the Vaporetto stop on their way to Treviso airport after two days of fun and then we spent two further days exploring the city and the Lido on the Vaporetto, getting some work done and preparing the boat for an easterly sail to Croatia. 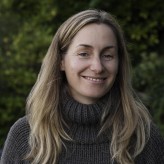